Death of a Community

1992. The digits often spin in my mind because it was an important year in my life, a coming of age year so to speak. I had failed my GCSE’s in the summer, well I had excelled in the one’s I was interested in and failed the one’s I wasn’t – unfortunately I needed more passes though, so it was retakes in the autumn of 1992 and lots of spare time until A-levels in late 1993. As I’ve stated before I had all the makings of a wayward lost teenager in the remnants of Thatcher’s Britain, the wastelands of recession and depression were all around me. There was no evidence that doing the right thing, studying hard and conforming paid off for all the parents of friends who were being made redundant and losing their homes and sometimes families. Hope was a small flickering flame in a cold winter of adolescence.

Like a well worn cliché, I found myself immersing myself in music as an escape. Norwich was the focus for John Peel’s Sound City 92 project which brought an eclectic mix of bands to my hometown and brought prominence to the alternative club The Waterfront, opening up a pipeline of new music just right for teenagers like me; full of apathy, depression, existentialism and navel gazing. Forget Generation X, this was the birth of Generation Prozac. I used to joke about patenting a razor blade dispensing machine in Norwich and how it would make me a million. I was going to call it Vane.

Amidst this feeling of burnout in the culture at large and kids being depressed about the future, Grunge music was suddenly commercially successful and became the soundtrack of my surroundings, it had all of its’ obvious roots and connections to the punk movement of the late 70’s amidst a similar landscape, all youth culture thinks it’s original, but is merely a sequel. Inevitably I and some other friends with too much time on our hands and a need e for expression started a band, groomed on influences of Sonic Youth and other Sub Pop fodder.
I couldn’t play an instrument so was installed as the singer (I couldn’t sing either, but you didn’t need to – it was all about venting a noise and raw energy, which at the time I had in abundance).

This isn’t an autobiographical post about being a teenager in a band though. It’s merely background and/ or context for the story I want to tell. You see; in that autumn of getting together as a band in the drummer’s garage and trying to make music, events happened around us that had an effect on me that I have never forgotten. During the week we would write songs and at weekends we would get drunk at The Waterfront and stumble home because we couldn’t afford taxis. The venue was in the heart of an old warehouse district in Norwich that had become the red light district for prostitution.

On Wednesday 19th November 1992 sometime after 1:15am, Natalie Pearman, a 16 year old prostitute was picked up in this area by someone (1:15 was the last confirmed sighting of her). A lorry driver discovered her murdered body in a lay-by on the outskirts of Norwich just under 3hrs later, she had been suffocated. Initially the shock was that this had happened in our playground, our community where we stumbled around drunk. The other was that she was the same age as us. It was made worse that we loosely knew her, she had gone to school with our bass player and I had vague memories of seeing her hanging out as a 14 year old in the park, the social scene of early adolescence that anyone who has grown up in a small place knows only too well. 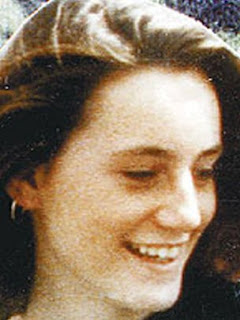 As scant facts emerged, it haunted me. Between 14 and 16 so much had gone wrong for Natalie and now this senseless end. It all swirled around in my head, gradually forming into words that became lyrics that became an angry song about this senseless killing and this loss of innocence. Nearly 20 years later the case is still unsolved, potential leads to serial killers Peter Tobin and Steve Wright have been explored and no conclusions yet. It remains a cold case.

1992 didn’t end there though. 2 months later another girl was murdered in the small market town of Watton just outside Norwich, this time it was 14 year old Johanna Young. It was the 23rd December, her skull had been fractured and her body dumped in a water filled pit in Wayland Woods (the origin of the famed Babes in the Woods fable). Another shockwave was sent through another community.
I was initially fascinated by the difference in the way Natalie and Johanna’s cases were covered by the press, Johanna’s murder was splashed across national newspapers and Natalie’s was a footnote, editorially Johanna was the death of innocence, Natalie the inevitable death from prostitution. Some thought the two murders may be connected, a serial killer in our midst. There was little in terms of modus operandi to connect the two though. Natalie’s seemed opportunistic, whereas Johanna’s seemed more accidental or local. Something had gone wrong and the killer was probably known to Johanna. 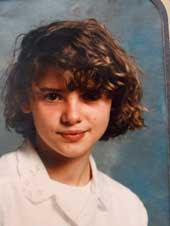 A few months later in early 1993 I had just passed my driving test and my father bought me a car with some conditions, I had to do door to door canvassing for leads for his double glazing company. The main place I had to canvass was Watton which was within his catchment area. I spent all spring in the area knocking on doors and frequenting the local shops. The tension in the community was palpable, a dark secret that everybody knew or thought they knew, the killer in their midst.
I heard many murmurings over that period which all lead to the same place over and over again, Johanna was likely murdered by one of her teenage friends. Just like Natalie at 14, Johanna’s community was in the car park of the local supermarket and the dark playgrounds of Watton where kids would hang out. Smoke, drink, do drugs and have casual sex, what else was there for teens who couldn’t drive to Norwich. Johanna’s murder, like Natalie’s remains unsolved to this day, nearly 20 years later. Watton has never recovered, a dark cloud hangs over it and there are still the rumours and the echo of what happened there.

As I had walked around knocking on doors, it had always reminded me of Twin Peaks, the famous surreal murder mystery from the same period. Everyone had a secret. That feeling has never left me and as I walk through my own small village in Norfolk and see teens in the car park or playground late at night, it all feels very cyclical and we turn an eye from youth culture in the sticks and the market towns.

My friend J A Mortram has been documenting aspects of this for a number of years in his Market Town photography series, the death of community, the loss of innocence and the despair that exists behind the chocolate box fiction of a rural setting. I am fascinated by his exposure of the hidden decay and the boredom that nobody admits in such a poetic and beautiful way.

J A and I worked together 20 years ago during the period I have just described, telephone canvassing in the evening for extra money whilst he was at Art School and I was re-taking my GCSE’s. We’ve recently made contact with each other; he grew up in and around Watton during this period too. As all of these things came together recently and at the realisation those 20 years has elapsed, we’re going to work together this year to re-visit and document Johanna’s case and the effect on the community, the death in and of a community. As yet we have not laid out the full lines of enquiry or format for constructing the narrative, but we are both fairly experimental and therefore expect a fairly mixed media approach.

Apologies for the rambling post, it is background and context for how I became aware and affected by this case, it’s important to recognise the loose connections to other factors and explore the underlying themes. It’s a wider story than a murder story and it still has as much resonance today as it did 20 years ago because essentially we are back in that dark place, the themes are around us again being regurgitated as much as a re-imagined film from Hollywood.
I’ll keep you posted on developments......
Posted by KaoticOddchild at 3:16 PM No comments: Links to this post